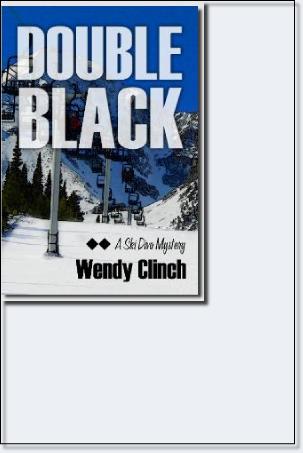 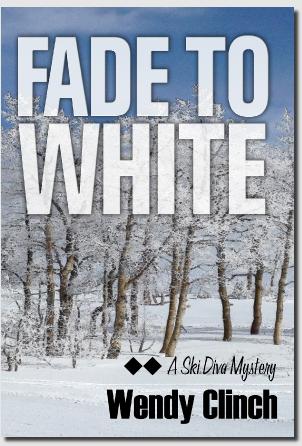 “Harper Stone was a whole lot smaller than he looked in the movies, but his ego made up for it.”

Snow isn't the only white powder falling on Spruce Peak when Stacey Curtis returns in FADE TO WHITE, her second Ski Diva mystery.

Hollywood has-been Harper Stone arrives in Stacey's little Vermont town to shoot a mouthwash commercial, and he's anything but happy about the downward spiral his career has taken. When the ornery actor turns up dead a few days later—and the last person to see him alive turns out to be Brian Russell, Stacey’s jealous ex-fiancé—things start getting complicated.

Hollywood has come to the Green Mountains, and you'll want to hold on tight—because in this fast-paced sequel to DOUBLE BLACK, everything's going downhill fast.

"Clinch’s enchanting second Ski Diva mystery (after 2010’s Double Black) opens on a crispy day under a cloudless blue sky, a winter rarity in Vermont.  Avid skier Stacey Curtis plans to take full advantage of it by spending the day on the slopes of Spruce Peak before she reports for her night job in the Broken Binding, a local bar.  Unfortunately, the lift line is closed due to the filming of a commercial, and to complicate matters, her ex-fiance, Brian Russell, is supervising the shoot.  Later, when a snowstorm makes conditions on the the slopes perfect, ski patrol friend Chip Walsh joins Stacey for some spectacular night skiing—spectacular at least until she hits something that turns out to be a dead body.  Stacey once again turns sleuth in a fast read sure to appeal to skiers and nonskiers alike. " 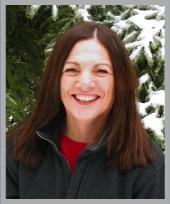 Order the new paperback edition of Fade to White from your local independent bookseller, or online from Barnes and Noble or Amazon.

Electronic versions are available wherever ebooks are sold. They're on our store, too — along with signed copies of the original hardcover edition.